Astorga – With The Brisk Southwesterly

Posted on September 26, 2012 by journeyingjoyously

Our room was so quiet, that we all overslept. It was 7:30 am before any one got up. We had a bit of breakfast and were out the door of the albergue just as the yoga class started for those who were staying. The western sky had heavy dark clouds but the sun was trying to warm our backs as we started down the road.

I am in the middle using the iPad
The country was rolling hills scattered with fields of hay and grapes. At Santibanez de Valdeiglesia there was a large cooperative operating as some of the fields had grapes, there was an apple orchard, a large barn with cattle being fed and large rolled bales piled for feed. 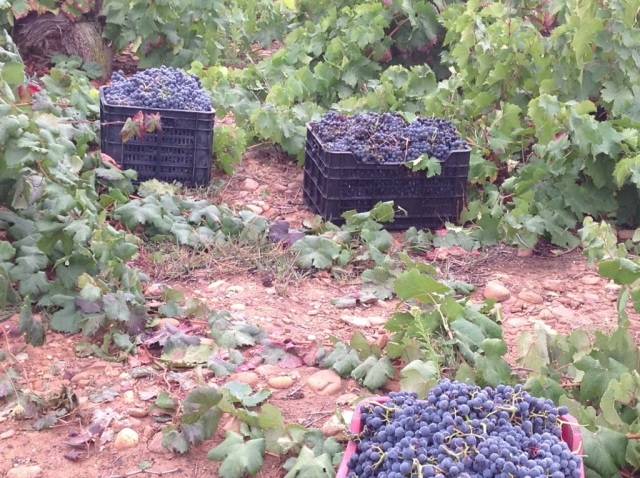 You could tell the fall season is in full swing as workers were in the orchards picking the fruit and grapes. The day was enjoy able for walking but the southwesterly made it a bit chilly and my eyes and nose were running.

We stopped at the Cruceiro de Santo Toribio, the cross on the hill before descending into San Justo de la Vega and the city of Astorga.

We registered at the albergue San Javier and then went to tour the Cathedral and Gaudi castle. 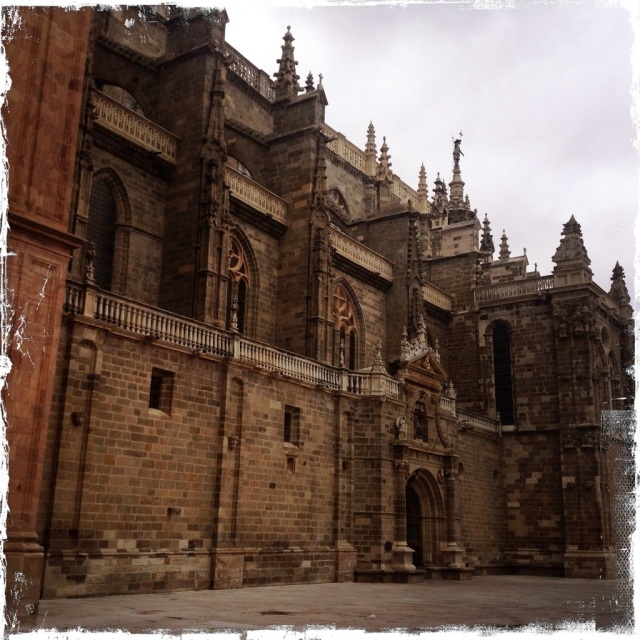 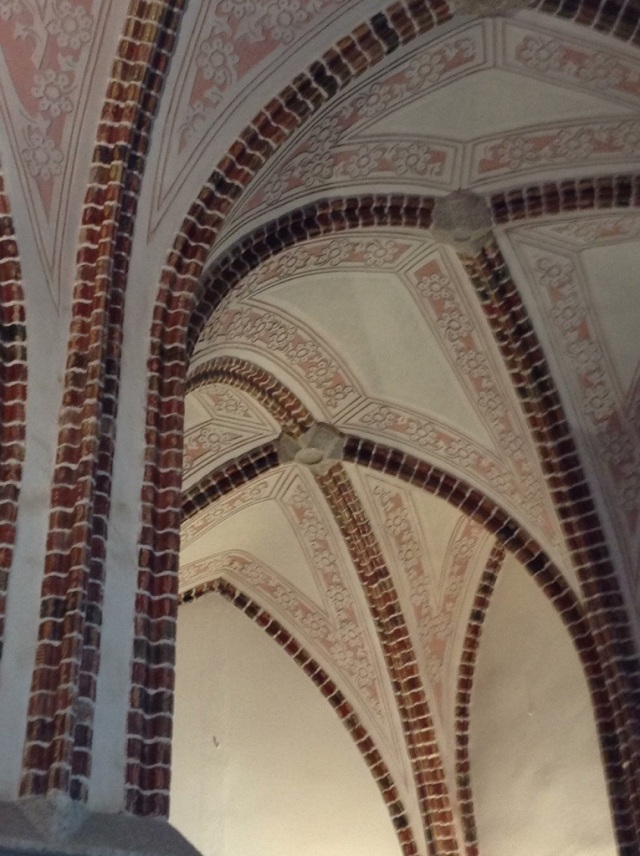 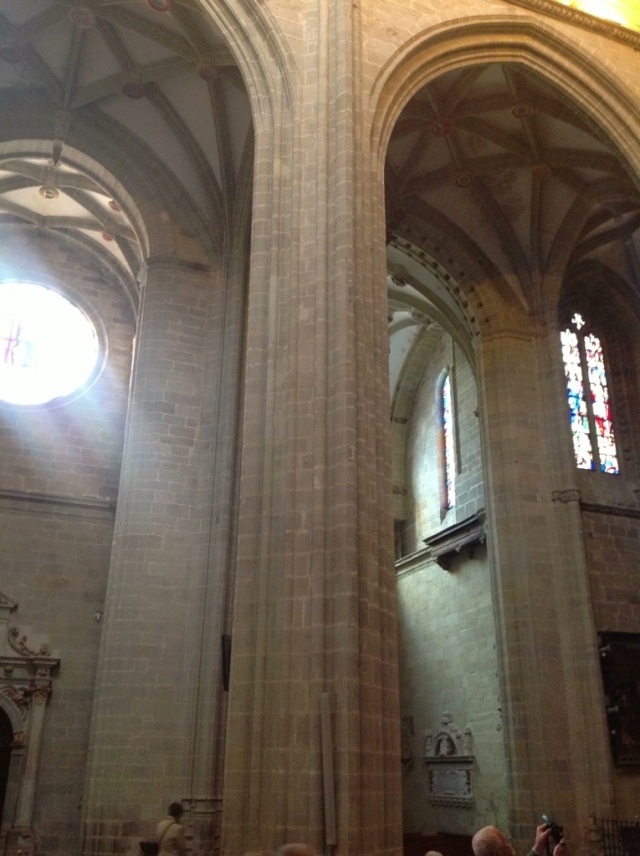 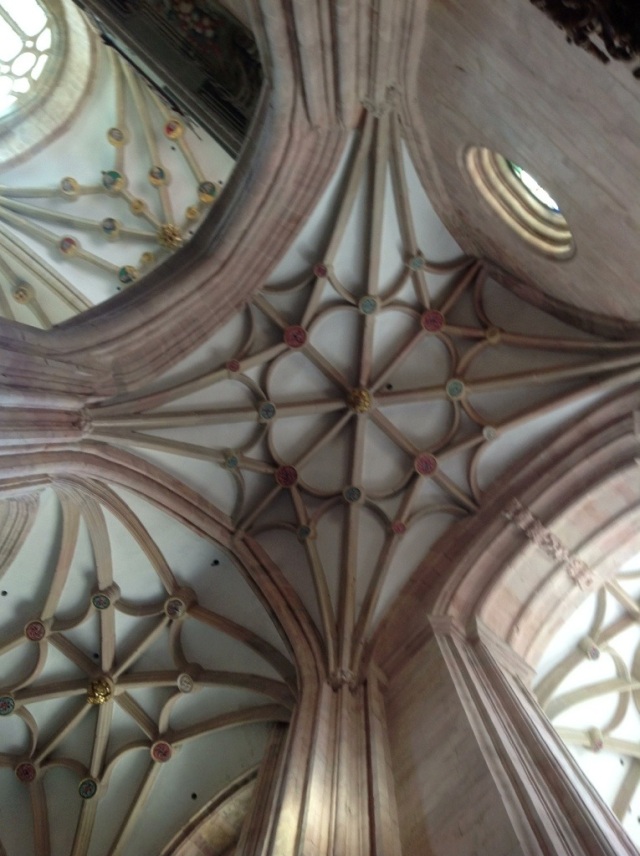 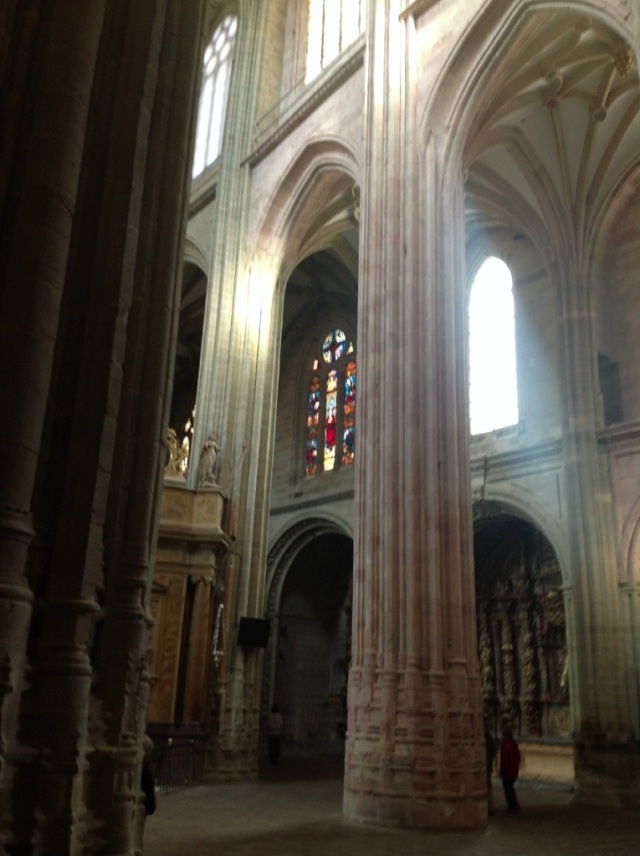 Lydia, we did not see the stained glass windows in the church in San Justo. The doors were locked and were not open until half an hour before evening mass. Judging from the windows from the outside, they must have been spectacular from the inside. 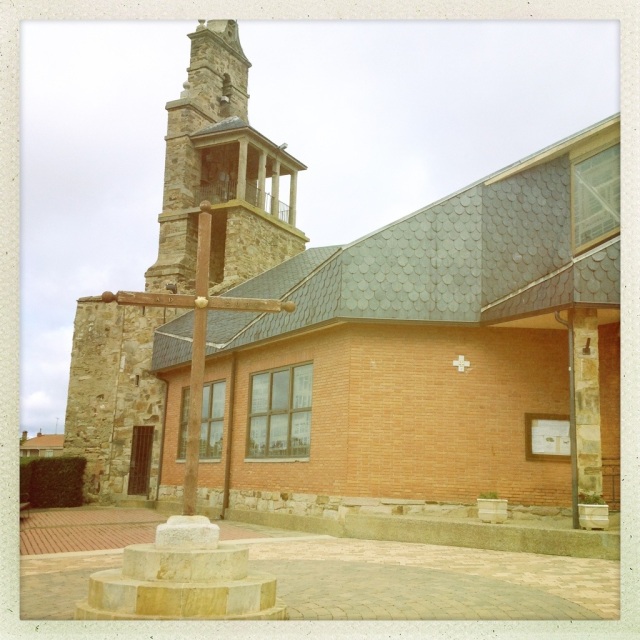 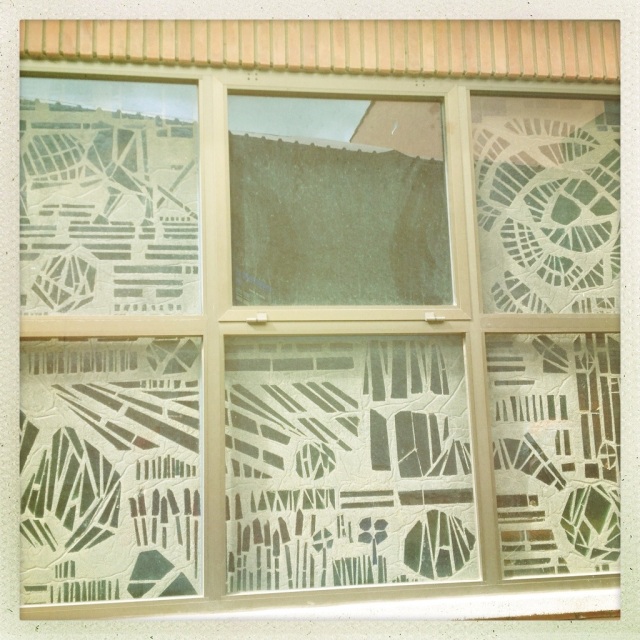 Mother, ESL mentor, enjoys the beauty of nature, strives to elicit gratitude, joy and bliss day by day while on the adventure of being human.
View all posts by journeyingjoyously →
This entry was posted in Travel and tagged el Camino, pilgrims, solo, walking. Bookmark the permalink.

2 Responses to Astorga – With The Brisk Southwesterly