A First – Rain and a Southwesterly

Posted on September 25, 2012 by journeyingjoyously

Chris and Doreen were right at home today as there was intermittent rain and a brisk southwesterly wind that made today’s walk challenging. Being fortified with a breakfast of various choices from toast, muesli, fresh orange juice, churros, hot chocolate, and plenty of coffee, we left the albergue at 7:45 am still under dark skies. We were about 2 kms out of town when the skies started to lighten and the orange of the sunrise broke thru the clouds. 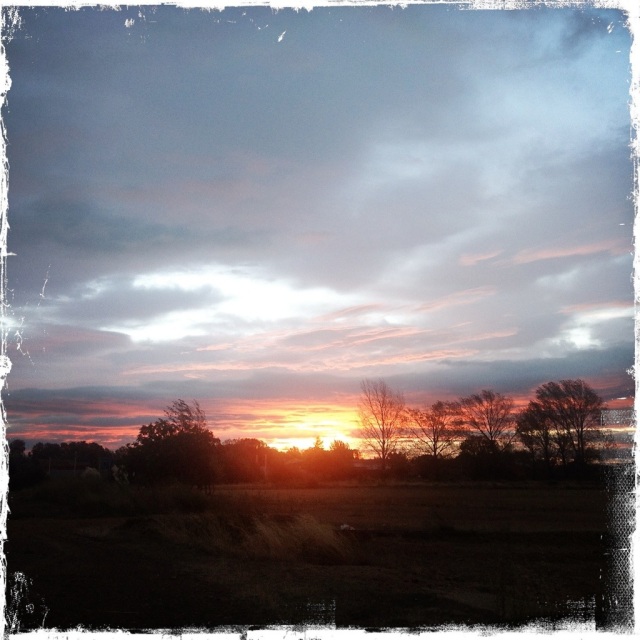 Shortly after we had to stop and put on the rain gear as the rain fell in a light drizzle until we reached Villavante 9.6 kms later. About 2 kms before Villavante, we stopped to help a young woman from TO (Toronto) who had just started the El Camino in Leon. She was struggling to get her sleeping bag strapped to her backpack. She was just a tiny woman and she had all this gear that seemed to dwarf her. I carried her sleeping bag to Villavante, then Doreen tried to make it smaller and she strapped it to the bottom of her backpack. She walked with us until Hospital de Orbigo which was our destination for the day. She wanted to press on, so we wished her luck but advised not to over extend herself in the first few days. On our walk we passed many wonderful gardens and cattle enjoying their feed. As I passed over an overpass, I again waved to the truckers and got several long blows from their horns. 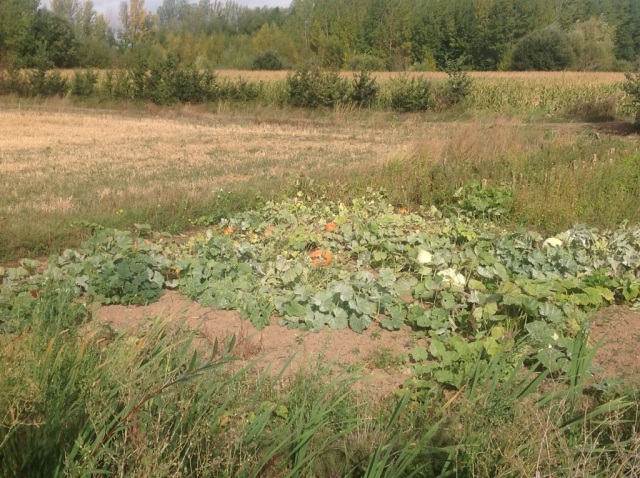 Hospital de Orbigo has one of the longest and best preserved medieval bridges in Spain dating from the 13th century. The arches carry you across the Rio Orbigo via the passage of honour Paso Honrososo called because of the famous jousting tournament that took place in the Holy Year 1434. A noble knight from Leon, Don Suero de Quinones, scorned by a beautiful lady, threw down the gauntlet to any knight who dared to pass as he undertook to defend the bridge and presumably his honour against all comers. Knights from all over Europe took up the challenge. Don Suero successfully defended the bridge for a month until the required 300 lances had been broken. Together with his trusted comrades, he then proceeded to Santiago to offer thanks for his freedom from the bonds of love and for his honour, now restored.

The ladies, Doreen, Chris, Penelope (from Columbia) and I have a quaint little room in an Albergue called Verde. After checking in, there was a bit of break in the rain clouds, so we went into the village to find some food. Just as we sat down and ordered our food, the rain started to fall in torrents. Our lunch was very leisurely as we waited out the rain. It was after 5 pm by the time we returned to Albergue Verde. Doreen cut up pumpkin and I peeled and cubed a large zucchini in preparation for the evening meal. Before our meal, Nathan from Alaska and Mincha who operates the albergue serenaded the group with guitar and violin music.

Our supper was pumpkin soup, garden tomatoes and cucumbers with a zucchini quiche followed with a dessert of watermelon and banana served with dark chocolate. A wonderful meal prepared by Ava.

Mother, ESL mentor, enjoys the beauty of nature, strives to elicit gratitude, joy and bliss day by day while on the adventure of being human.
View all posts by journeyingjoyously →
This entry was posted in Travel and tagged el Camino, pilgrim, solo, Travel, walking. Bookmark the permalink.

1 Response to A First – Rain and a Southwesterly