Posted on August 27, 2012 by journeyingjoyously

After a restless night – must have been those three desserts and coffee from last evening – I once again went in search of French coffee and to discover treasures I had not seen on the previous two days.

I passed by the restoration taking place at the Hotel de Ville and the Saint-Ouen Abbey Church which was one of the most powerful Benedictine monasteries in Normandy between the 14th and the 16th centuries. There was no admittance but was able to capture a few pictures.

There was also a statue of Napoleon on this horse.

Over a few more streets was the Palace of Justice which is also under renovation but none the less a breathtaking structure. 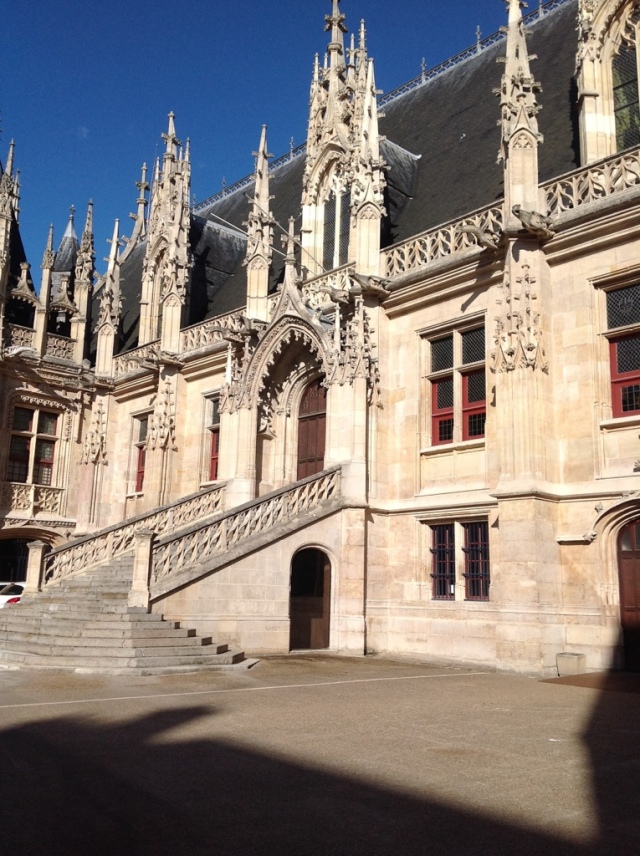 I was able to capture this photo of the reflection thru a store window. 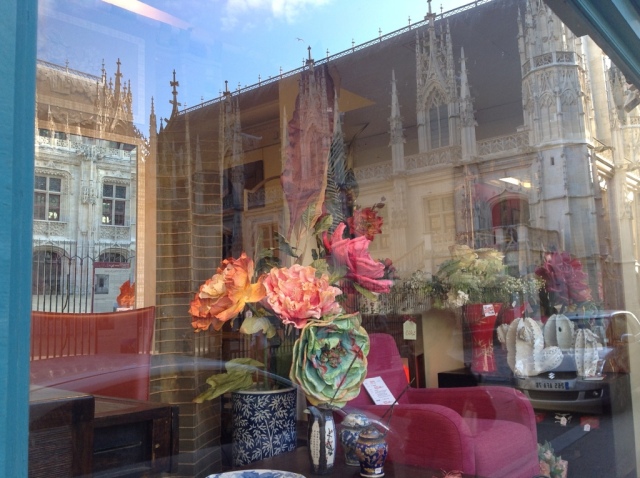 Before picking up my backpack and heading to the train station, I spent a few moments observing the swans in a nearby park. 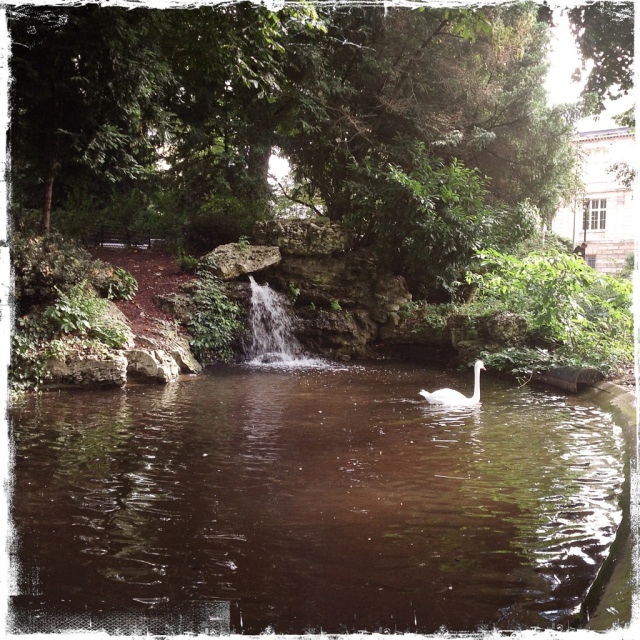 My train trip was Rouen, Caan, and Mont St. Michel.
It is breathtaking, awe inspiring and a spectacular edifice!

I have all of Monday, August 27th to explore, discover and to be amazed!

Mother, ESL mentor, enjoys the beauty of nature, strives to elicit gratitude, joy and bliss day by day while on the adventure of being human.
View all posts by journeyingjoyously →
This entry was posted in Travel and tagged Attractions, Rouen, Travel. Bookmark the permalink.