Fromista with a car advantage

Posted on September 19, 2012 by journeyingjoyously

Our host at the Casa Rural where we (Chris, Doreen and I) stayed gave us a big boost this morning by driving us to Itero de la Vega which meant that we did not have to traverse the hill and we got to enjoy breakfast before setting out.

We were on the road by 8:00 am. You can tell that Fall is in the air as the morning was quite brisk.
It was lovely to walk in the early morning light as the sunlight lit the hills and rendered the fields a golden color. At about 5.5 kms we crested a hill and were happy that we could see Boadilla del Camino in the distance. 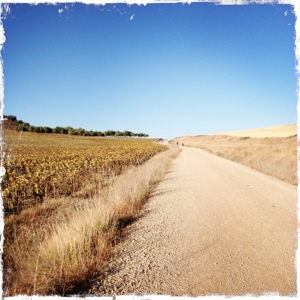 It took another hour and fifteen minutes before we reached the village of Boadilla del Camino. This is where we had wanted to stay but it was full so we needed to head for Fromista a much bigger city. We needed a cafe con leche in the worst way. As we passed the Albergue En El Camino, they were offering breakfast. This was the best breakfast I have had so far on the El Camino. Eduardo provided a huge plate of eggs with ham and a humongous cup of coffee. Totally awesome! 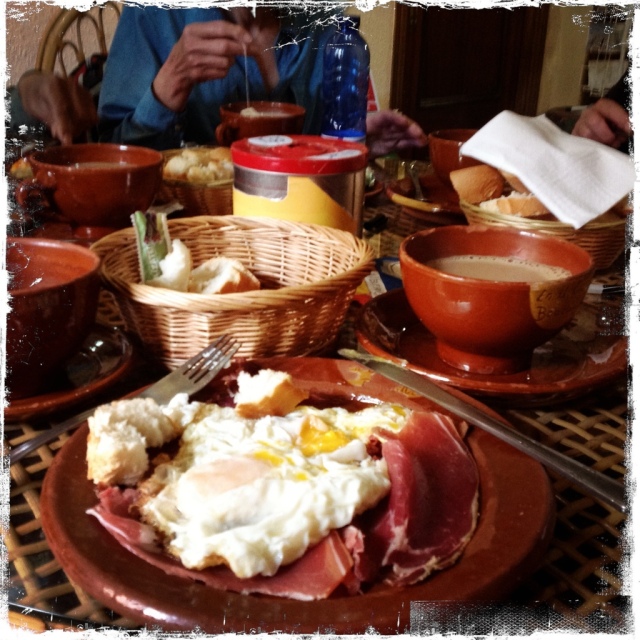 After a delightful half hour break talking with a couple from Australia and a single young lady from Denmark, we needed to complete the final 6 kms to Fromista. It was an enjoyable walk along a canal with a brisk wind at our backs. It was about 12:45 pm when we entered the city. We entered over a lock bridge. There were a series of five locks built in the 1800’s and was used to transport grain. Fromista is considered the bread basket of the region of Palencia. Fromista has had this role since Roman times. 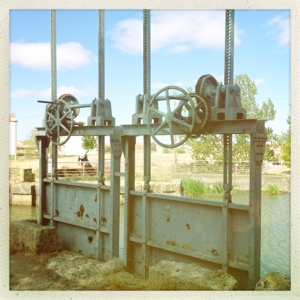 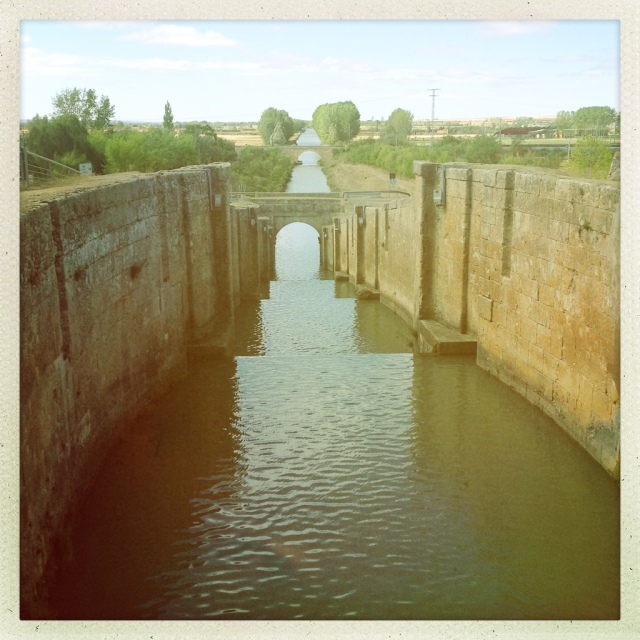 There is a lovely church – San Martin – that has been fully restored and it is located in the centre of this city. 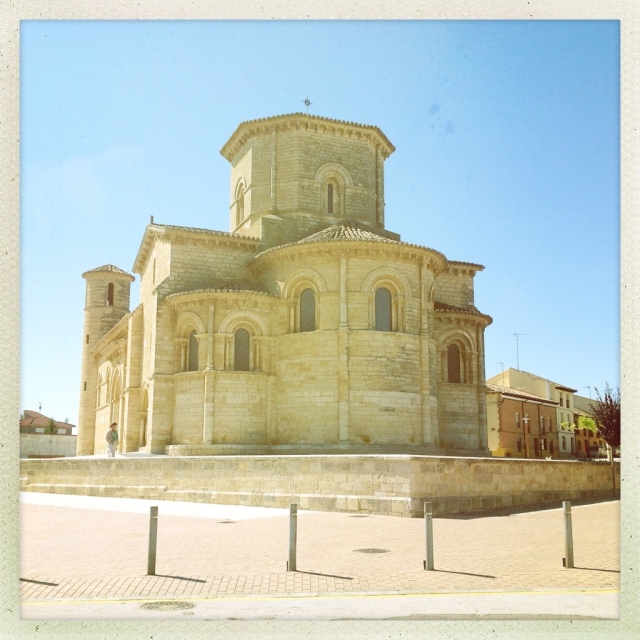 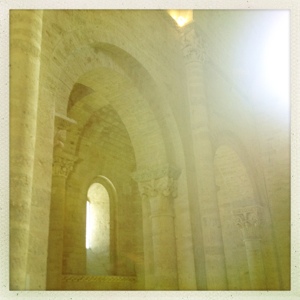 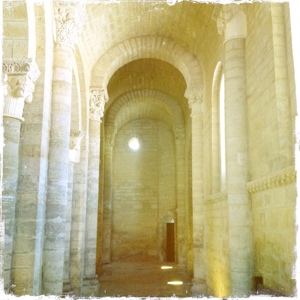 Doreen and Chris were enjoying drinks in the plaza where the patron saint – San Telmo – was displayed guiding all the seafarers on their journeys. 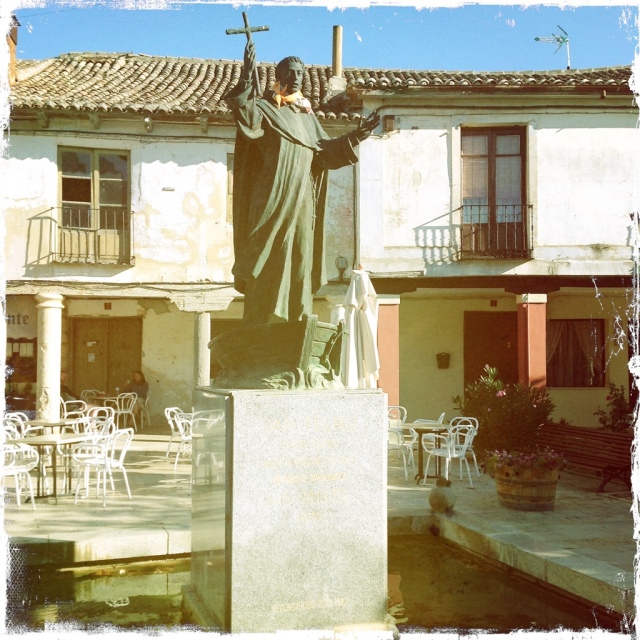 We had a lightsupper (at least it was supposed to be light) There was a huge plate of mixed salad along with the best tortilla with caramelized onions. Yum! Yum!
Lydia, I know you are reading this blog. Just to let you know, the shoes you left are awfully big to fill but I am enjoying the company of Doreen and Chris and will probably tag along with them for a little while. We miss you as we don’t find out the gossip of all the travellers along the way!!!

Mother, ESL mentor, enjoys the beauty of nature, strives to elicit gratitude, joy and bliss day by day while on the adventure of being human.
View all posts by journeyingjoyously →
This entry was posted in Travel and tagged el Camino, solo, Travel, walking. Bookmark the permalink.

1 Response to Fromista with a car advantage